Why did the Sonic the Hedgehog movie get delayed?

The movie was pushed back due to a negative reaction from online commenters. The film version of Sonic the Hedgehog was originally scheduled for release in November 2019, but it’s been pushed back to Feb. 14, 2020, to give designers time to rework the iconic hedgehog’s design.

“Thank you for the support. And the criticism. The message is loud and clear,” director Jeff Fowler wrote on Twitter. “You aren’t happy with the design & you want changes. It’s going to happen. Everyone at Paramount & Sega are fully committed to making this character the BEST he can be… #sonicmovie #gottafixfast.”

When Paramount Pictures released the initial trailer, fans were shocked by the Sega mascot’s look. The original model had human-like teeth and a long, slender body—in other words, it didn’t look much like the original Sonic. 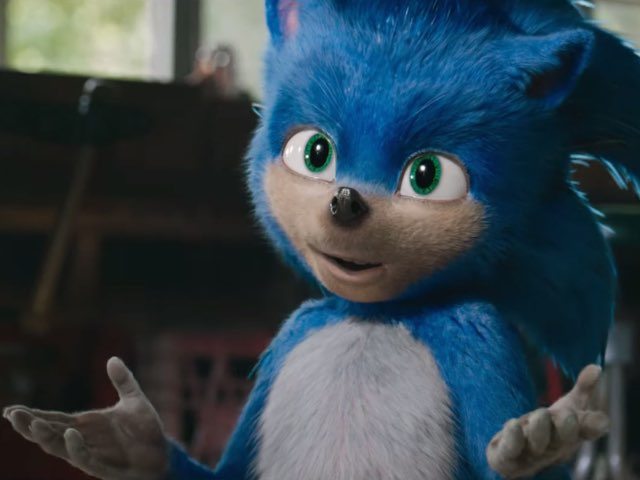 Perhaps the new design was meant to reflect Sonic’s new origin story: In the film, he’s an extraterrestrial who lands on Earth (for the most part, the Sonic video games took place in a fictional universe, not on our planet).

In any case, the backlash was immediate and widespread. Writing for The Guardian, Keith Stuart described the new Sonic as resembling “a cheap knock-off Sonic toy your child might win at a fairground stand and then be terrified of.”

“He doesn’t even look like Sonic,” one Quora user wrote. “He just kind of looks like someone typed ‘ordinary CGI animal’ into a computer and went with the first result.”

Some fans decided to fix the design themselves. Twitter user @ThePinkGalaxy55 enlarged Sonic’s eyes, giving him a more traditional appearance. 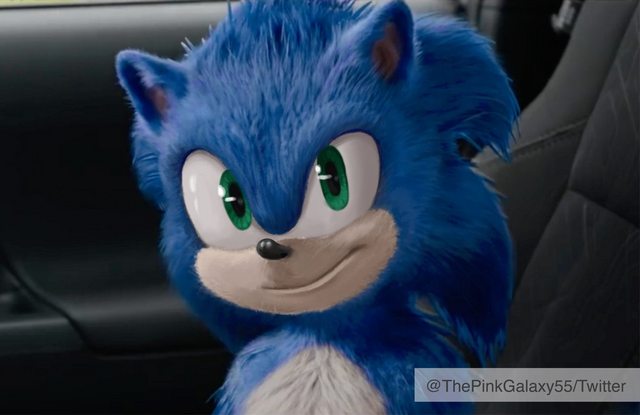 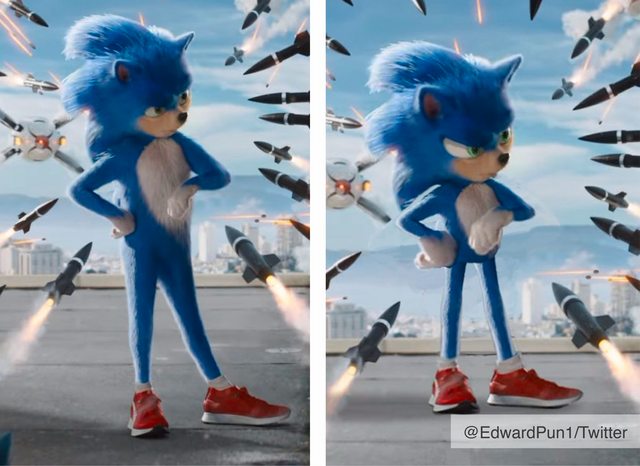 Of course, while Fowler says he’s committed to a redesign, a new character model might not fix all of the film’s issues. The movie, which stars Jim Carrey as the villainous Dr. Robotnik, has also received criticism for ignoring the Sega series' lore and using Coolio’s “Gangsta’s Paradise" in the trailer.

At this point, we’ve only seen one trailer, so the film could certainly exceed the internet’s low expectations. We’ll find out on Valentine’s Day 2020.

What shows is Sonic in?

What is the name of the new Sonic the Hedgehog movie?

When is Sonic the Hedgehog 4 getting in stores?

Sonic The Hedgehog 4 has been delayed. It will not be releasing until later this year.

How do you summon Sonic the hedgehog?

how do you summon sonic the hedgehog movie

Would they make a Sonic the Hedgehog movie?

YesThe sonic the hedgehog movie is now by paramount and SEGA

When will there be a Sonic the Hedgehog movie in theaters?

There is no indication there will ever be a Sonic the Hedgehog theatrical film.

Do they make sonic the hedgehog shows?

How many shows and anime has sonic been in?

How long is the sonic movie?

Sonic The Hedgehog: The Movie is about 1 hour long.

Are they going make a Sonic the Hedgehog movie?

One has already been made. It came out in 1999 called "Sonic the Hedgehog: The Movie".

When is the Sonic the Hedgehog Movie by DreamWorks coming out?

Paramount Pictures made a Sonic movie in 2020

Which is the best Sonic the Hedgehog movie?

It really depends on YOU. You could like one Sonic movie, but someone else doesn't like that movie and likes another Sonic movie. Besides, there isn't very much Sonic The Hedgehog movies out. -_-

Will their be a Sonic the Hedgehog movie?

There already has been. Sonic the Hedgehog: The Movie. It was a cartoon and it was made somewhere after the events in Sonic and Knuckles. Search it up on google or somewhere. It was really good.

Is there going tobe a sonic movie?

Yes. Sonic the Hedgehog The Movie was released in 1996, and that was the beginning of the series about Sonic.

Did sonic ever put up his middle finger?

When was Adventures of Sonic the Hedgehog created?

Is there Sonic the Hedgehog movie?

Yes there is its called Sonic the Hedgehog: The Movie and came out on May 31, 1996 in Japan and 1999 in Europe and North America.

What is the anagram of sonic the hedgehog?

What series was before sonic underground?

How do you be knuckles in Sonic the hedgehog?

What animal is Sonic the Hedgehog?

HedgehogHe is a South Islander and a hedgehog known as sonic

Where can you get a sonic movie?

there is only one sonic movie called sonic the hedgehog the movie, though i found i didn't like it, im not sure were you can get it though.

Will there be a Sonic the Hedgehog movie?

There has already been a sonic movie. It is called Sonic: The movie. It's a 2 part OVA and you can see it on Youtube. But I highly doubt there will be a Sonic movie in the future.

Will there be another hedgehog character in Sonic the Hedgehog coming soon?

There will be another hedgehog later on but the sonic movie has the after credits roll as eggman shaved his head and tails popped out and his redesign and he said “If this is accurate, I found him” “I hope I’m not too late” but in the sonic the hedgehog sequel will do and we might see shadow and silver in the second sonic movie

Where can you watch Sonic the Hedgehog the Movie?

Youtube has the Sonic OVA but in 10 minute segments.

Why is TikTok getting banned in the US?

Why Ghirth is called jat in Himachal?

How many countries end with a vowel?

Who is the longest reigning WWE Champion of all time?

What was the first TV dinner?

Do dogs have belly buttons?

How long did the 1918 flu pandemic last?

What does the "S" in Harry S. Truman stand for?

When do hummingbirds migrate?

How much caffeine can you drink if you are pregnant?

Why did the Sonic the Hedgehog movie get delayed?

What are the fundamental axes of dumpy level?

How did Rizal manifest his leadership in student activism at UST?

What is the Plot summary of the bamboo dancers?

Why Reading can foster a rich and fulfilling life because?

How i Write a Letter from a grandfather to a grandson who has been neglecting his studies impressing upon him the importance of education?

Why is Jane Tracy leaving qvc?

What is the tone of gabu poem?