Which Star Wars character do you most identify with?

Definitely Jabba the Hutt with the way I put down food

What does aesthetics include

What is the primary goal of propaganda art

I’ve always felt like one of those battle droids. Gung-ho but fragile.

Uncle Owen, especially when I'm trying to get my son to do his chores. "Or there'll be hell to pay!" he said. I empathize, brother.

I really identify with Salacious Crumb, as we both have an extremely obnoxious laugh.

I've been called Darth Satchel & Obi Wan Cannova even though they're not actual Star Wars characters and more like nick names. I would say that I'm more of a Storm Trooper especially when it comes to work.

Nominate an unpopular person: Woolf Ularen. During the period of the Galactic Republic, the admiral was upright and rich in military talent. During the Clone Wars, he worked with Anakin Skywalker for a long time. Although he was often surprised by Anakin's unusual ideas, the two sides always cooperated tacitly in military operations. When Ahsoka first entered the battlefield and grew up, Yularen played an important role. After the establishment of the empire, Ularen retired from the navy and became a security officer. Although the rank is not high, but the position is important and can be a participant in the Death Star conference room. In the new official history, he served as the Naval Intelligence Department, the Imperial Military Academy and the Imperial Security Agency, and had a lot of friendship with Marshal Thrawn. In the Battle of Yavin, he died in the Death Star explosion.

As the son of the chosen son Anakin Skywalker, Luke Skywalker surpassed Darth Vader through his great talent in just a few years, and then under the guidance of years of continued learning and the spirit of many Jedi Knights, Luke Skywalker became the strongest Jedi in history.

PRATYASA INTERIOR is top growing company which is located in Ahmedabad,gujarat. they are helping people to create their dream home. PRATYASA INTERIOR working as pan India company. we must have to visit the same.

I definitely feel like Rey from the new versions of Star Wars. 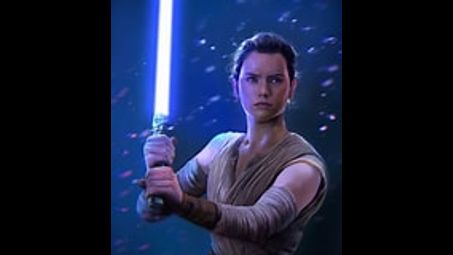 Earn +20 pts
Q: Which Star Wars character do you most identify with?
Write your answer...
Submit
Still have questions?

Who is the most important star wars character?

What is the most powerful character in lego star wars 3?

It depends what you mean by powerful

Who was the star wars character is a bounty hunter?

There are a number of Star Wars characters that are bounty hunters. The most prominent is arguably Boba Fett.

Who is most powerfull character in Star Wars?

Which Star Wars character is a bounty?

What character in the nativity story do you most identify with and why?

This is an opinion question, and WikiAnswers cannot read your mind and know which character you identify with the most.

Where does the title Star Wars come from?

It most likely come from the fact that the Star Wars franchise includes many battles in space, or "star wars."

In my opinion the books are not as good as the movies but most of the Star Wars comics are really good.

What is the most favorite Star Wars movie?

Yes, most of them

Which was the most popular Star Wars movie?

Is Darth Vader the most popular Star Wars character?

darth vader is one of the most recognizable characters from the star wars epic. there are however arguable other characters who could be considered more popular including chewbacca and yoda. as well as r2d2 and c3po

Did peter schneider get fired from sister act?

Get the Answers App